Barriers to Bicycle Access & Use in Black and Hispanic Communities (2016)

Studying bicycling habits and perceptions in Black and Hispanic communities is important for several reasons. Bicycling provides benefits to individuals and the broader community including exercise opportunities, less automobile congestion and pollution, and an affordable form of transportation. However, bicycle trips comprise only a very small portion of all trips in New Jersey. Only 0.4 percent of commute trips are made by bicycle in the state, which, while very low relative to commuting by car, is double the percentage seen in 1990. Understanding barriers to bicycling may help increase the portion of trips taken by bicycle, bringing benefits to individuals and communities alike.

These benefits are especially important for Hispanic and Black communities. These populations, in particular those considered low-income, have higher rates of obesity and poorer health outcomes. They also tend to have lower automobile ownership rates, lower household incomes, and are more likely to walk and to use public transportation for utilitarian trips. Bicycling can help relieve exercise-related health problems as well as provide an inexpensive form of transportation that is faster and more efficient than walking.

Read full report: Barriers to Bicycle Access & Use in Black and Hispanic Communities (2016) 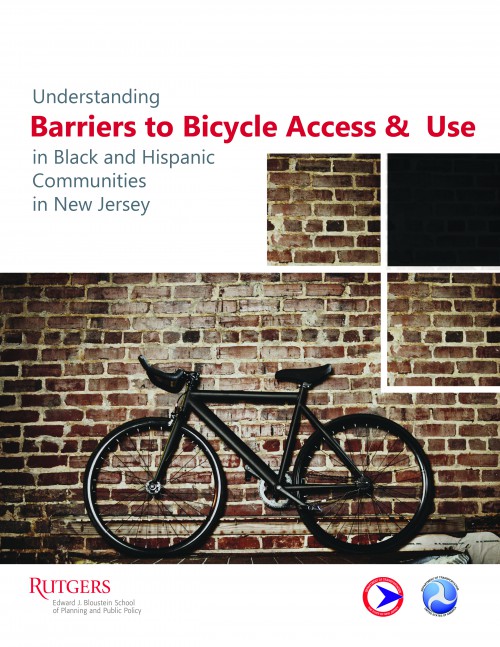