In 2021, the New Jersey Bicycle and Pedestrian Resource Center (BPRC) was tasked with undertaking a new research project: “Expanding And Encouraging Women in Environmental Justice Communities to Bicycle for Transportation and Recreation.” The purpose of the project was to unpack the barriers that prevent women, especially women of color, from bicycling at rates comparable to men and to identify programs, policies and recommendations that address and overcome those barriers. This project builds on two previous BPRC studies, “Understanding Barriers to Bicycle Access and Use in Black and Hispanic Communities in New Jersey” (2016) and “Bicycling Among Black and Latino Women” (2016). As originally designed, this project includes the following elements:

Previous studies on women and bicycling were compiled, reviewed, and synthesized in the form of a literature review. Two surveys, one focused on New Jersey and one intended for a national audience, were developed. The New Jersey-focused survey seeks to understand the experiences and attitudes of New Jersey residents towards bicycling and is designed to capture a broad spectrum of attitudes and perceptions. The national survey has been designed to specifically target female-identifying bicyclists. Susan G. Blickstein, LLC (SGB) created promotional materials for the surveys in the form of social media graphics, blurbs, and QR codes. SGB also created an inventory of national bicycle advocacy groups and bicycle programs that can be used to seek out partners for survey promotion. BPRC applied for approval from Rutgers University IRB, which was granted on November 11, 2021.

Early on in the study development, focus groups or interviews were anticipated with female-identifying cyclists who have been involved in programs that have been successfully scaled up to extend the reach of bicycling among female-identifying non-white people. An initial draft of a focus group guide was developed as part of this effort. However, funding constraints were anticipated and concerns identified about adequately compensating participants and project emphasis shifted to the surveys.

The purpose of this memo is to document the status of various elements of this project. 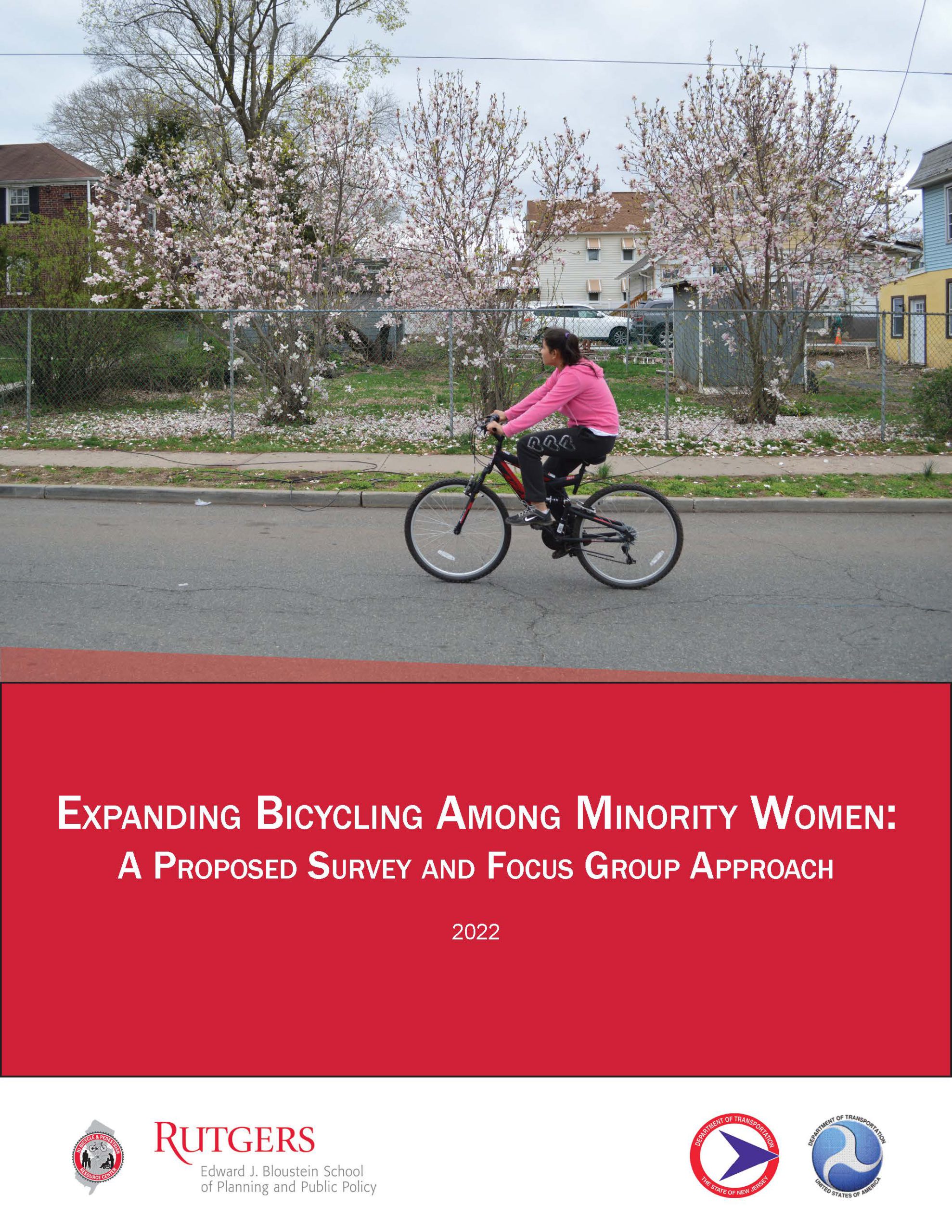