Every Day Counts (EDC) is an initiative developed by the Federal Highway Administration’s (FHWA) Center for Accelerating Innovation to improve safety along our roadways. Every two years, EDC identifies a number of highway safety innovations that are then supported for rapid deployment. A set of innovations targeted at pedestrian safety was identified within the 2019 – 2020 EDC cycle. Safe Transportation for Every Pedestrian (STEP) provides a set of pedestrian improvements ranging from small scale signage installation to fully revamped roadway layout through road diets. STEP-aligned projects have been successfully deployed in locations across New Jersey, including a recent pedestrian improvement project along Washington Avenue in the Borough of Carlstadt in Bergen County, New Jersey.

Washington Avenue is a four-lane, bidirectional road with a speed limit of 40 miles per hour. The corridor hosts a number of industrial businesses and therefore witnesses a great deal of truck traffic. Many employees working at these sites arrive by bus and dash across the four lane roadway to avoid walking 700 feet to the nearest lighted intersection at Veterans Boulevard.

In early 2013, a pedestrian fatality occurred along the corridor. According to Christine Mittman, North Jersey Transportation Planning Authority, concerned county officials submitted an application to the North Jersey Transportation Planning Authority (NJTPA) through the Local Safety Program which utilizes Highway Safety Improvement Program funds. In order to develop comprehensive and effective solutions for the corridor, the New Jersey Department of Transportation and NJTPA recommended a road safety audit for a 1.6-mile section of Washington Avenue from Moonachie Avenue to Road A, just north of the Paterson Plank Road.

A road safety audit is a tool promoted by FHWA to identify safety issues for all users along a designated area of roadway. An independent multidisciplinary team walks the corridor observing and taking notes related to safety concerns, user conflicts, and roadway performance issues. Often the auditors use a standardized form to take notes about each section of the corridor being studied. Some issues that may arise include missing street lights, uneven sidewalks, areas where turning conflicts are common, and high volumes of pedestrians crossing the roadway outside of crosswalks. Additional guidance from FHWA can be found here.

During the Washington Avenue road safety audit, it became obvious that the pedestrian infrastructure along the corridor was insufficient. Paths were worn into the grass along either side of the roadway where sidewalks were missing. Workers crossed the road all along the corridor as trucks flew by. In some areas of the corridor, pedestrians were forced to walk within the vehicular travel lane as the pedestrian right of way was blocked and there was no shoulder along Washington Avenue (see Figure 1). The situation was clearly dangerous.

Figure 1. At this location along Washington Avenue, pedestrians were forced to walk in the travel lane. (Photo credit: Christine Mittman, NJTPA)

Once the recommendations were made through the road audit report, the project was advanced through the Local Safety program which included funding for both design and construction. A number of recommendations from the report made it into the final designs, including several pedestrian safety improvements at Barrell Avenue. These recommendations included completing the sidewalk network, relocating the bus stops for safer pedestrian crossings, and extending the Jersey barrier median with fencing along the top. The most innovative part of the design was the installation of a high-intensity activated crosswalk beacon (HAWK) signal, the first of its kind in Bergen County.

A HAWK signal, or Pedestrian Hybrid Beacon, is a traffic control signal that assists pedestrians in locations where a traffic intersection is not signalized.  When pedestrians are not present, the HAWK signal is unlit. But, as its name implies, when the HAWK is activated by the push of a button it proceeds through a light sequence that stops traffic while the pedestrian safely crosses the roadway with a countdown. Below is a video of the HAWK signal control process:

A HAWK signal was installed just north of the intersection of Barrell Avenue and Washington Avenue for a number of reasons. The first consideration was the high volume of pedestrian traffic coupled with a lack of traffic control at the T-intersection. Secondly, the area is situated about midway between the two nearest signal controlled intersections with pedestrian crosswalks.  Additionally, the overhead nature of the HAWK plays a much stronger role in capturing drivers’ attention as compared to placing rectangular rapid flashing beacons on either side of the roadway. Bus stops were relocated on either side of Washington Avenue near the HAWK signal to ensure the stops are safely accessible to patrons from both sides of the roadway. 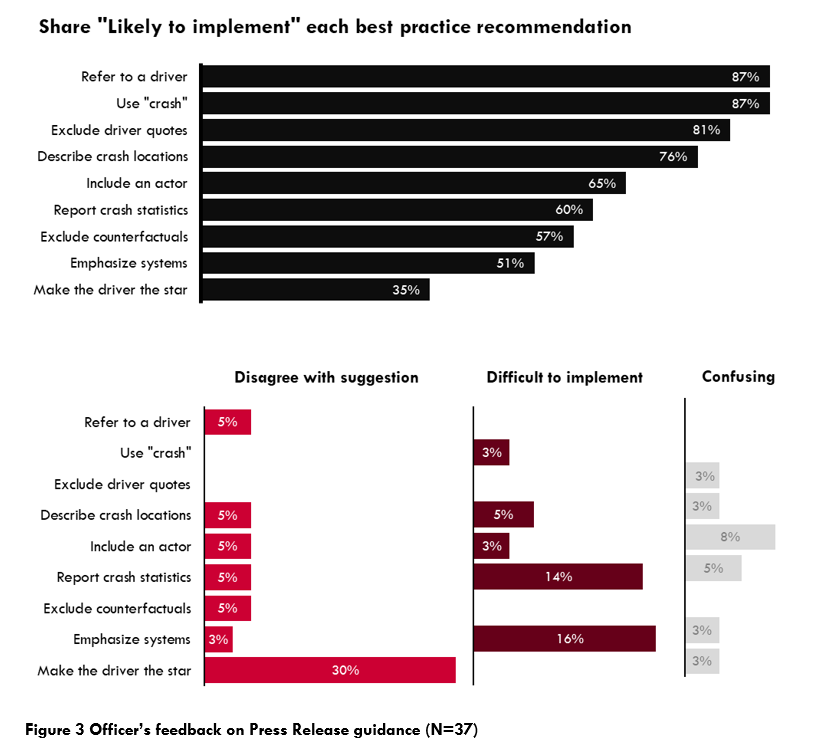 According to Nancy Dargis from the Bergen County Division of Planning and Engineering, local officials were concerned that drivers would not understand how to respond to the new signal. However, since the project’s completion in late 2018, driver compliance rates have been high according to the Carlstadt Police Department. A post-implementation crash data analysis will be performed once three years of data is available, at which time more details will be available regarding the HAWK signal’s effectiveness on Washington Avenue.

Additional research related to the general effectiveness of HAWK signals is currently being undertaken by an NJDOT-funded study out of Rutgers University’s Alan M. Voorhees Transportation Center and Rowan University. The study seeks to measure both the public’s understanding of the HAWK signal and its effectiveness in increasing driver yielding at pedestrian crossings.  The study will be completed this year.

The Washington Avenue HAWK signal was part of a $4.2 million project improving the safety of a 1.6-mile corridor of Washington Avenue. The project costs included sidewalk installations, drainage, new and upgraded signals, ADA compliance improvements throughout the corridor, guardrail upgrades, and an extended Jersey barrier median with six feet of fencing along the top.

Officials learned during implementation that the fencing along the median barrier would create sight line issues for drivers approaching the crosswalk when pedestrians were in the crosswalk on the opposite side of the road. After some research, they determined the safest course of action would be to take down the fencing for the 100 feet approaching the crosswalk in both directions. Additionally, officials pointed out the importance of installing the HAWK signal at an appropriate location. Specifically, the HAWK signal should not be placed at an intersection in place of a full traffic signal. The Washington Avenue HAWK signal is installed near, but not at, the Barrell Avenue intersection which is a T-intersection with a minimally trafficked side street.

The Washington Avenue HAWK signal was the first HAWK signal installed in Bergen County, and so far it has been a success. The signal has been seamlessly incorporated into the traffic movements in the area and local officials are happy with the results.  Several more HAWK signals are in the works in locations throughout the NJTPA region as officials work to implement safety improvements aligned with the EDC STEP initiatives.

This article is cross-posted on the New Jersey Department of Transportation Technology Transfer’s Innovative Initiatives page devoted to the Every Day Counts (EDC-5) Safe Transportation for Every Pedestrian (STEP) initiative.