Hoboken – Leading the way for Bicycle Accommodation in New Jersey 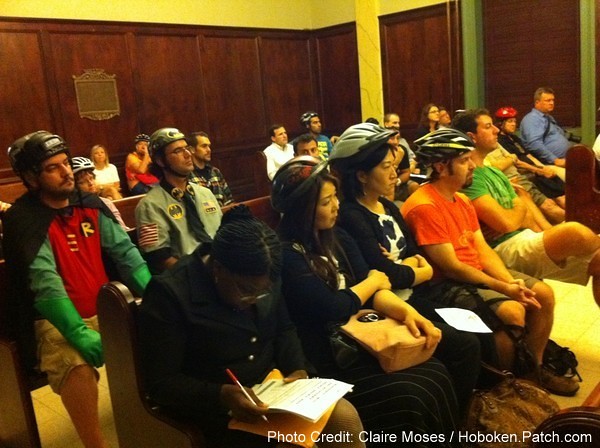 Last year, the New Jersey Department of Transportation (NJDOT) completed a Local Technical Assistance (LTA) Study for the City of Hoboken. The study, completed by The RBA Group produced the City of Hoboken Bicycle and Pedestrian Plan. The plan provides city officials with a “comprehensive approach to identify priority capital investments for creating, enhancing, and expanding walking and bicycling opportunities for residents and visitors of all ages and abilities throughout the city.” Last night, Hoboken City Council took its first steps in transforming this vision into reality by “unanimously” approving the installation of an additional 10 miles of bike lanes to city streets. Bike Hoboken – a bicycle advocacy group – worked to promote the council vote, which resulted in the attendance of approximately 20 cyclists from Hoboken, showing their support for the measure.

A press release was issued immediately following the meeting:

Nearly 80% of streets will have bike lane designation

On Wednesday, August 24, the Hoboken City Council unanimously approved the establishment of an additional 10 miles of bike lanes.

“I thank the City Council for their unanimous support, Bike Hoboken for their tireless advocacy, and all the members of the public who turned out to support expanding our bike lane network,” said Mayor Dawn Zimmer. “As we establish bike lanes on nearly 80 percent of our streets, we are taking a big leap towards making Hoboken truly bike friendly. By slowing down traffic, bike lanes make streets safer for everyone including drivers and pedestrians, and this lays an even stronger foundation for our ongoing pedestrian safety efforts.”

The City will also be painting an additional 9.7 miles of sharrows on narrower streets that cannot accommodate a striped bike lane. In addition, the City intends to create a two-way protected (Class I) 0.43 mile bike lane along Observer Highway as part of a complete street redesign scheduled for next year.

In total, this will result in almost 25 miles of streets with bike lane designations, or nearly 80% of the 32 street miles in Hoboken. 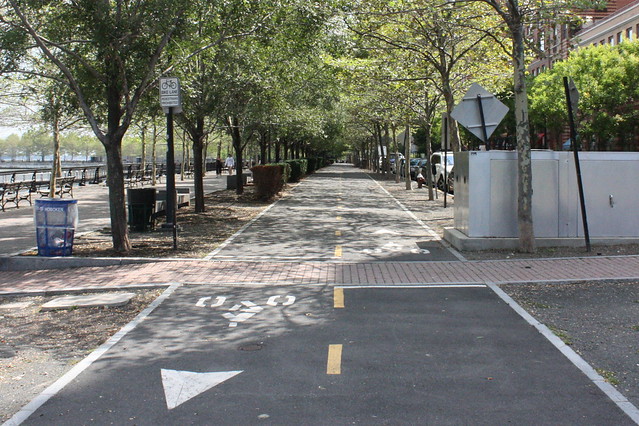 In November 2010, the City of Hoboken passed a Complete Streets policy which established its dedication to making improvements to the roadway network for cyclists and pedestrians. Their policy recognizes the many benefits a community receives through the provision of alternate transportation choices, and seeks to integrate all modes of travel into their transportation network. NJDOT supports the effort Hoboken has taken to complete their streets, as this will have residual effects on the network (increased cycling, reduced motor vehicle speeds) and will lead to safer streets for all.

Congratulations to the City of Hoboken!