Measuring the Effects of Crime on Walking in New Jersey (2017)

With that background, this study examines the association between police-reported violent  crime and daily walking duration for recreation and transportation for a predominantly low-income and minority region of New Jersey located about 15 miles west of New York City. Much of the study area consists of the City of Newark, but it also includes the Township of Bloomfield and the Township of Verona, located northwest of Newark.

To examine the relationship between crime and walking, an intercept survey was conducted at 87 randomly selected intersections of the three municipalities. In addition, street audits were conducted for the areas where surveys were distributed. Data from the 2015 American Community Survey (five-year summary) was also used.

Read full report: Measuring the Effects of Crime on Walking in New Jersey (2017) 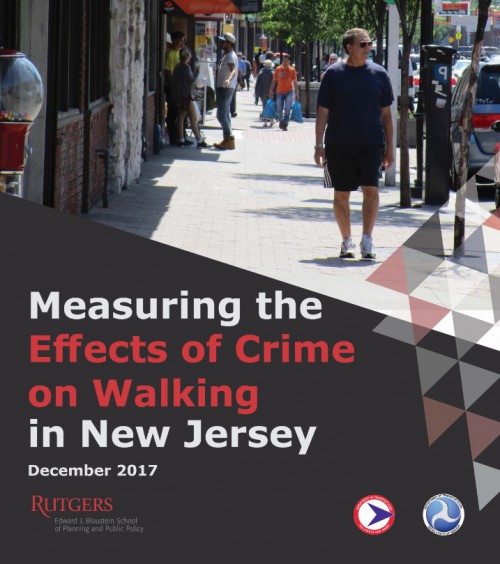