The New Jersey Bicycle Activities and Attitudes Survey was administered by staff from the Voorhees Transportation Center (VTC) and the Bloustein Center for Survey Research (BCSR) in the fall of 2016. This survey was conducted on behalf of the New Jersey Bicycle and Pedestrian Resource Center (BPRC), which is supported by the New Jersey Department of Transportation and the Federal Highway Administration. The survey was designed to provide information on bicycling habits, preferred bicycling environments, attitudes toward social issues, and demographic characteristics of New Jersey residents. A similar survey on bicycle use was administered in 2008 and 2009, and the current survey was intended to provide data on current bicycle use. Since the last survey was administered, the BPRC and other organizations have promoted increased bicycle use, and the current survey was also intended to see how general attitudes may have changed due to these efforts.

The data collected as part of this study was also used to produce an article, “Understanding Preferences for Bicycling and Bicycle Infrastructure,” published in the International Journal of Sustainable Transportation in 2022. 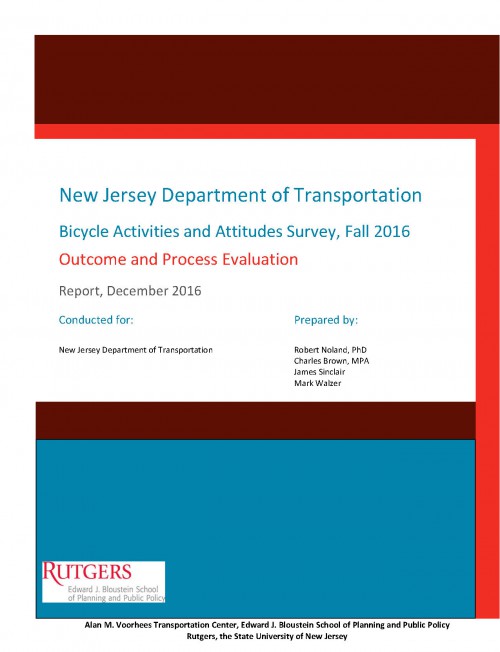