This report was developed for the New Jersey Department of Transportation by the New Jersey Bicycle and Pedestrian Resource Center. It aims to provide an introduction to Tactical Urbanism (TU) that can be used by local officials, community groups, and planners as a starting point for pedestrian and bicycle improvements along roadways in their community. The report begins with an introduction to the benefits and applicability of TU along with examples of TU in action. The introduction is followed by case studies of TU projects in three New Jersey municipalities: Milltown, Red Bank, and Trenton. The case studies include summaries of the planning processes as well as feedback collected from intercept surveys conducted at each location after project implementation. The final section of the report provides recommendations that community representatives should consider when planning TU projects for their community. It should be noted that not all of the treatments described in this report are MUTCD compliant and may not be permitted on certain roadways.  Treatments should be addressed on a case by case basis. 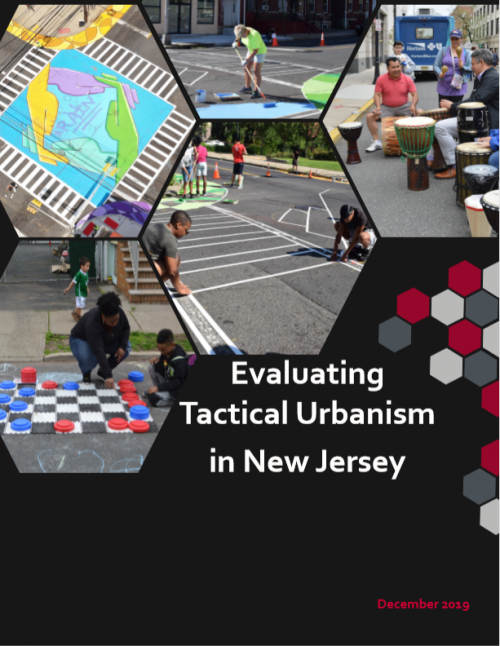