The New Jersey Bicycle and Pedestrian Resource Center reviewed three major Zero Deaths Initiatives that are active in the United States (Vision Zero, Toward Zero Deaths, and Road to Zero 2050) to identify their key similarities and differences. A Zero Deaths Initiative is a program which brings together a coalition of organizations under a general goal of reducing the high number of roadway fatalities and serious injuries on US highways, with an eventual goal of fully eliminating fatalities. While the three initiatives differ in their origins and the makeup of their executive committees, each underscores a commitment to the Safe System Approach (SSA) and support for the implementation of the Federal Highway Administration’s (FHWA) proven safety countermeasures. In addition, all three initiatives commit to an ultimate goal of reaching zero fatalities and serious injuries on roadways in the United States.

The review produced two deliverables: a table and slide deck summarizing the major characteristics of the three Zero Deaths Initiatives. The slide deck describes the foundational principles of each initiative, including the history of their founding, focus areas, and membership of their steering committees. The slides also explore the Federal Highway Administration’s Safe System Approach, a major shift in how transportation agencies address roadway safety. The Safe System Approach ties in with the three Zero Deaths Initiatives, as well as states’ Strategic Highway Safety Plans (SHSPs).

The slides also examine and summarize six case studies of states updating their SHSPs to better integrate the principles mentioned in the Safe System Approach and the three Zero Deaths Initiatives. The case studies compare Massachusetts, Illinois, Florida, Minnesota, New York, and Rhode Island. The slides include a summary of roadway fatalities for each case study state from 2014 through 2020, both generally and specifically for vulnerable road users. Each state’s SHSP is examined regarding how it addresses vulnerable road users, including how well its priority areas align with the Safe System Approach.

The table summarizes the differences between Vision Zero, Toward Zero Deaths, and Road to Zero, comparing each initiative’s summary statements, literature published by their executive committees, and application of the principles of the Safe System Approach. It notes that while each initiative subscribes to the Safe System Approach and the FHWA’s proven safety countermeasures, they differ in specific implementation focuses and strategies. The table also compares and contrasts the ways in which the three initiatives discuss vulnerable roadway users, addressing speeding drivers, equity, safe system design standards, safety culture, enforcement, and innovative technologies.

For more information on this topic, read our report titled Addressing Fatal and Serious Injuries through the Safe System Approach (2022). 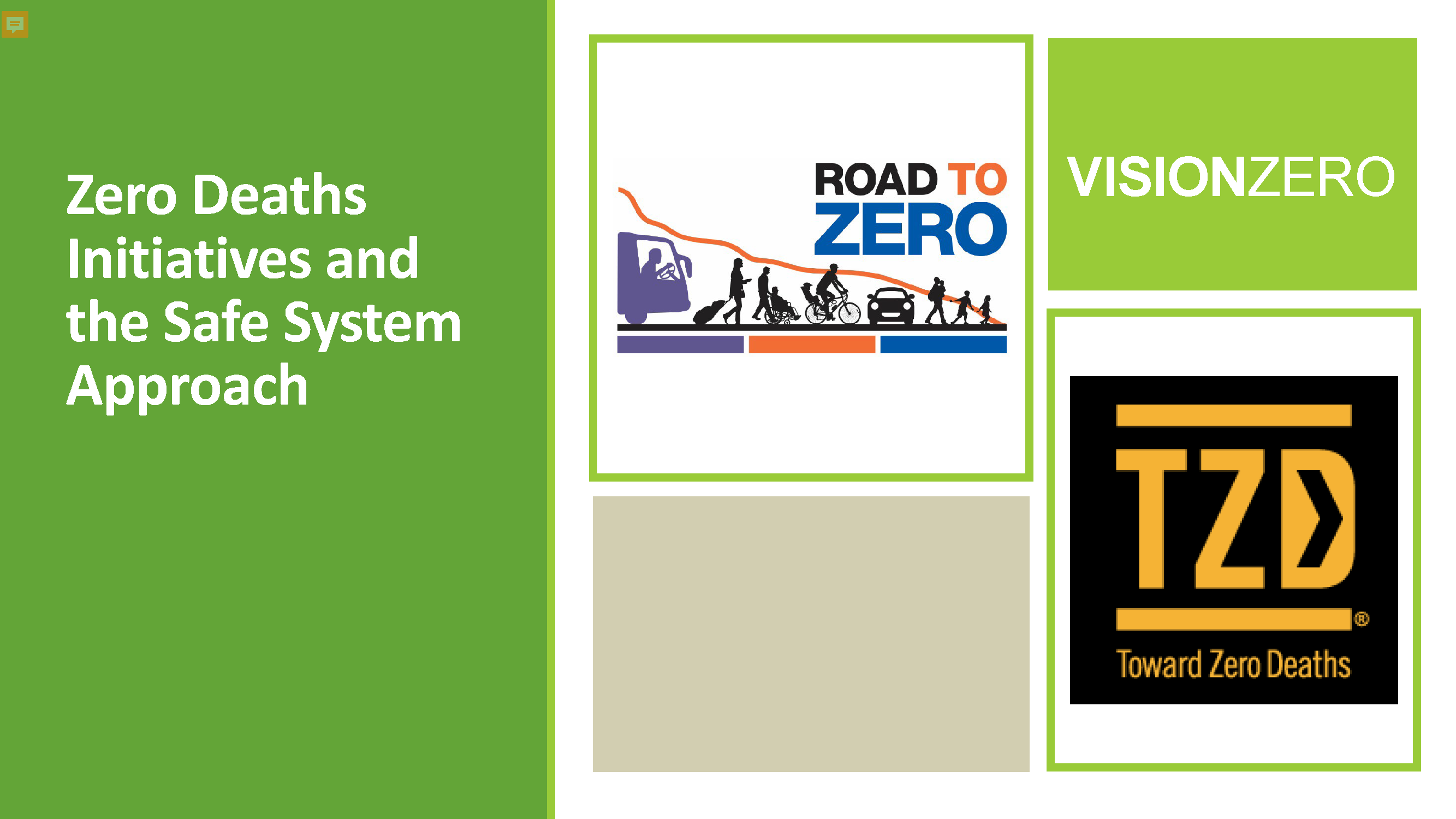